It all really depends on your method of attack really. I’m writing this with the hopes these tactics will not be used in an overtly malicious way, but rather in a way to just mess with people in good fun. I started by trolling comment sections in the early 2010's, but the introduction of livestreaming on YouTube has opened up entirely new avenues of messing with people.

In short, these are tips that have come from me having way too much time on my hands.

First and foremost, you have to find a receptive streamer. Someone who engages with and reads the chat. If they are ignoring any attempts at trolling, move on and find someone else. A prime target is someone in the midst of raging at a game. Disrespectful children playing mature games while cussing everyone out are the best.

If you do decide to go after streamers playing games, make sure it is a game that they can still devote active time to reading the chat. Fast paced games like Call of Duty may not be a good choice, but something a bit slower like NBA2k could work.

YouTube allows users to open multiple “brand accounts” on the same gmail, meaning one does not have to keep logging in and out to alternate accounts. 82 brand accounts seems to be the maximum allowed, although I theorize it could be 100 and this odd number on my end is because I’ve had some accounts banned.

I recommend having 2 tabs open side by side. One tab will be unchanging, and it will allow you to both record/watch the video and make sure your comments are posting. The other is so you can swap between accounts to avoid bans via mods and create banter between your own accounts. It helps to have the URL for account switching bookmarked.

YouTube seems to have implemented a word filter on its comments section some time ago. Even though it seems users have to opt into this service, YouTube itself will still automatically filter out some things regardless. On your end it will appear that the comment was posted, but if you check back with a different account odds are it never even showed up. Particularly vulgar words are filtered out, however there is a work around for this. You can typically name your channel whatever you want, and the username in the comment section will not get filtered. However this is not the case for channel’s that have third party sub notifications turned on (more on this later.)

A quality live stream for trolling is one that has bots that can perform functions. Often times they will do automated song requests that play in the background. You can either go the route of faking them out with Ram Ranch, or request baffling songs that could pass as genuine requests, my go to’s are a trap remix of the Flint Stones theme, Jean Jacquese Perry’s “Chicken on the Rocks,” or the ER theme song. 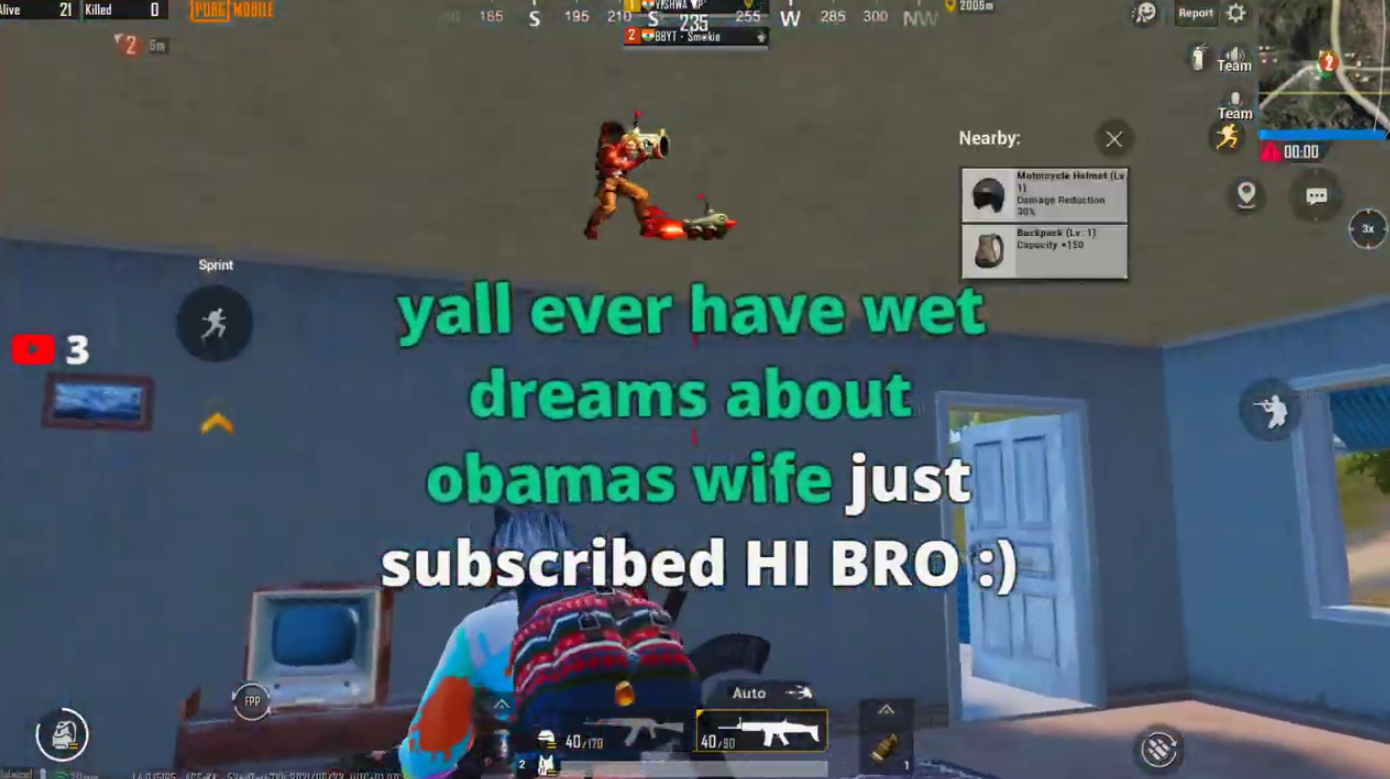 As mentioned briefly, some of these bots will have sub notifications, where the username of the subscriber displays on screen or is read aloud but a text to speech program. These are filtered as well, so even if you can get away with your raunchy username showing up in the chat, the sub notification will simply read “anonymous.” I might look into this further to see what terms specifically get filtered. These systems seem to detect 1337 speech as well.

If the stream has a chatbox present in the video, you can throw them off by simply spamming symbols, zalgo, and other such nonsense too. But sometimes it will get filtered.

This is where you can be creative and do whatever. I’ll share a few tactics I’ve had success with.

Sometimes I will play “characters” in the chat. In one instance I had a group of accounts banter about how the livestreamer promised he would stop playing games and turn on a Tyler Perry movie for everyone to watch, even though he did no such thing. This leads to a lot of confusion on their end and can make for some good reactions.

Another character I would play is this schizophrenic guy who would warn livestreamers about an alien race, then he would leave the chat saying “oh shit they’re here,” and then I would proceed to bomb the chat with alien accounts posting unusual symbols.

Ignorance is bliss, if you pretend to be an 8 year old and act goofy you can typically get away with bizarre song requests and asking a series of blatantly stupid or nonsensical questions. Whenever I see someone playing a PS4 exclusive, I just keep asking them if it is coming out on the Wii U, and when it is coming out. Then I move into just bragging about how the Wii U is the best console.

As a reminder, all I ask is that you use these tactics in a humorous manner. When it comes to trolling, it's easy to be an offensive nuisance, but the real humor lies in toying with them creatively.